Bicycle sharing for children in Ghent 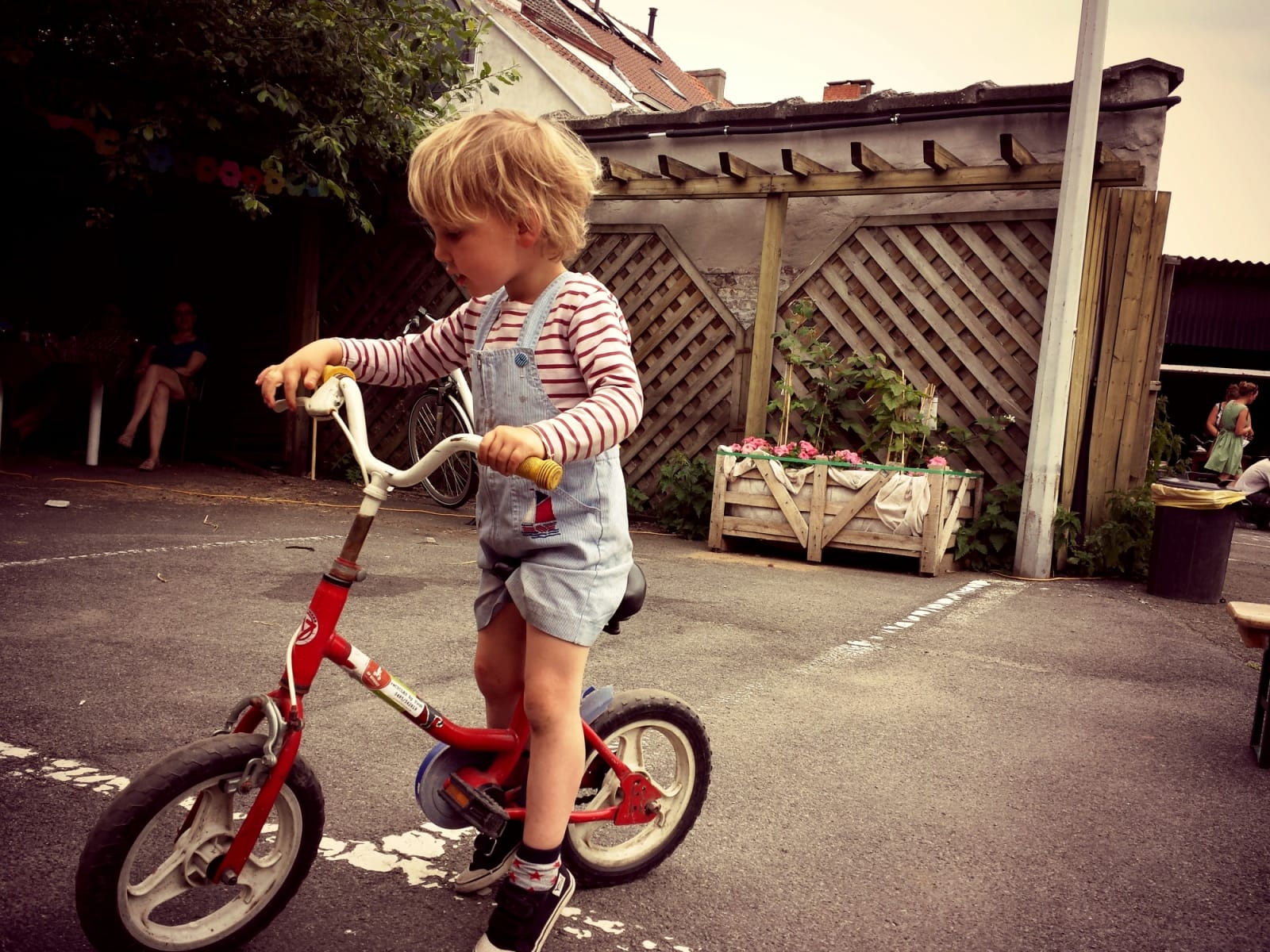 Simply subscribe and head to the warehouse to choose from a range of solid children’s bikes. Once you have signed a contract, you can take your chosen bicycle home. Return it and exchange it for a larger model when it has become too small. Once you have returned a bike, we repair it and prepare it for the next users.

Op Wielekes - which translates as “on wheels”- is a project launched by Netwerk Bewust Verbruiken, supported by the Flemish Government via Thuis in de Stad, Delhaizefonds and the City of Ghent.