The mobilising strength of circular economy: residents and volunteers take matters into their own hands.

We sent a team of journalists and experts out to talk to Open Call project owners about their grant project. We used their findings for internal evaluation, the start of an external impact analysis, and an article series about the lessons learned. This article is the second in that series.

Circular Flanders’ Open Call supports experimental projects related to circular economy. We’ve launched the Open Call for the third time, and are supporting around 200 projects, the support totalling 16 million euro. The projects are diverse: from civilian initiatives, through business projects, all the way up to local government innovation projects. ‘Well that’s all very well,’ you might think, ‘but what’s the result?’ In order to answer that question, we let loose a team of journalists and experts to talk to project owners about their subsidized projects. We used their findings for an internal evaluation, the start of an external impact analysis, as well as a blog series about lessons learned. This is the second in this series.

Circular economy as a concept strikes a nerve with both businesses and citizens. Firstly, people are fed up with blatant disposability, single use plastics, littering, planned obsolescence in our appliances, etc. Additionally, the story where we turn this society into one where we create sustainability instead of disposability, really mobilises people to get together and make a change. People don’t hesitate to create a better world by supporting circular economy projects in their spare time either.

Volunteers make projects possible that would otherwise not be able to exist.

Volunteers make projects possible that would otherwise not be able to exist. When transitioning to a circular economy, this can be the tipping point. Often, valuable time goes to testing and researching, or other work that can’t be ‘sold’, such as building a meaningful network. Gathering volunteers who are interested in circular economy can make a real difference, and giving them agency and working with their talents is a powerful motivator.

Magda Peeters managed to create Maakbar, a Leuven-based repair and share-hub which is completely run by volunteers. ‘During the founding of MAAKbar, around 75 people helped by doing small things, such as translating a small text or handing out flyers, but also large tasks such as helping to rebuild the place. On renovating days, we tended to have five to ten people lending a hand. Who helps, also gets to help make decisions. We really emphasise agency and ownership with our volunteers.’ 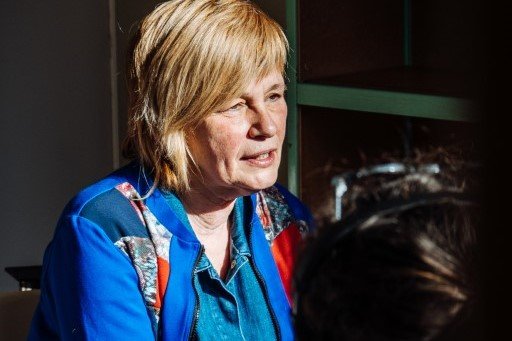 City planner Maarten Desmet at Endeavour emphasises the importance of listening to people who are voluntarily giving their time and efforts, and giving them agency. At one point, their business together with a group of residents and local organisations wanted to bid on the iconic Antwerp police tower, Den Oudaan, which was for sale. ‘By saying: “we’re not sure what exactly, but wouldn’t we love to do something with this building” a lot of possibilities suddenly opened up for us. It placed ownership with so many people, that we eventually became a movement.’

Of course, that ownership and agency has to be organised. ‘Sometimes, if you bring together residents, they all start shouting and they don’t listen to each other. Designing the right process is essential, in which the right people come together at the right time to listen to each other according to a certain method. The output of that conversation is taken along to the next phase. We’re smarter together, but to reach our goals, we have to learn to work together.’

"It placed ownership with so many people, that we eventually became a movement."

Scale up impact by optimising talent

Volunteering also allows you to scale up impact. Neos is a Flemish ‘youth movement of seniors’, which is run by volunteers. Their project ‘Circular@NEOS’, the more than 35.000 members came in contact with circular economy through activities like collecting old mobile phones and book swaps. The Neos administration offered the clubs - all volunteers - a menu with assignments, excursions, and activities around circular economy. In this way, they managed to impact their surroundings on a large scale. This was achieved by strengthening the participants in what they were already able to do, and were already doing, Martin De Loose, director of Neos vzw, tells us. 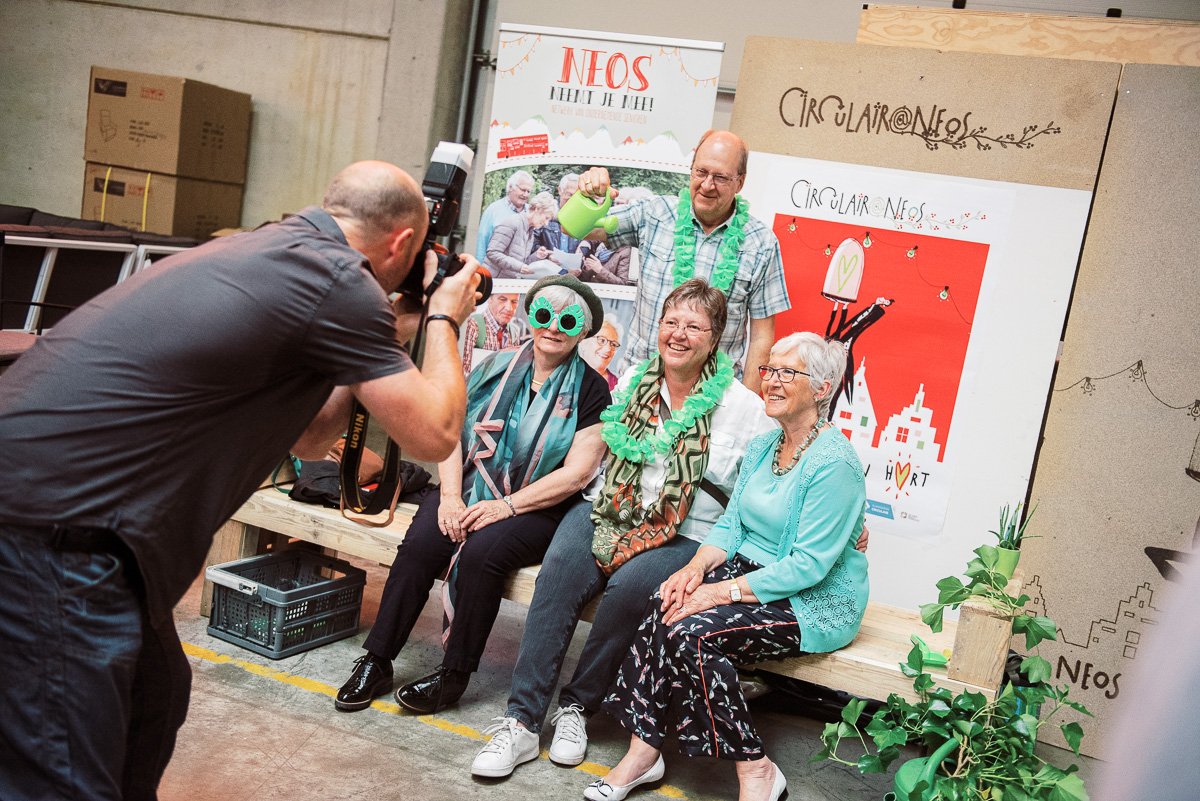 ‘In order to take projects beyond just creating awareness, we thought about how to create projects adjusted to the organisation. We noticed that there’s already a lot going on in the field, you just have to grab hold of that, and give it an extra push. One of our management volunteers recycles old corks together with people who have a mental disability. We published this story in our magazine. If you take your time, then, to look at what our elderly people had done in the past,’ De Loose continues, ‘you will find that they create a link with their childhoods: they never used to go shopping with plastic bags, they used cotton diapers, sharing large appliances with the neighbours was commonplace. Everything that happens in circular economy today carries some philosophy from the past.’

"We noticed that there’s already a lot going on in the field, you just have to grab hold of that, and give it an extra push."

MAAKbar, likewise, managed to connect the different fields of interest among volunteers to circular economy. Some volunteers from abroad love to build a network here, for example expats or university students. Others join while they’re looking for a job. ‘There’s quite a few unemployed volunteers looking for a new job,’ Magda Peeters explains, ‘every now and then we organise repair days, to which we invite our professional network. In this way, we can highlight the talents of the repair volunteers.’

Volunteering exists in many forms. Unpaid overtime for example peaked at the construction firm Durabrik during their project Toontjeshuizen, houses customised for people with disabilities to facilitate independent living. Sustainability manager Steven Vanden Brande: ‘We see people from the company take on this challenge purely out of goodwill. Our lawyer Charlotte works non-stop during her normal days at work, but for Toontjeshuizen, she sacrificed her evenings as well. Those hours and that work was not registered anywhere, but they’re there. It seems that people are willing to go the extra mile even in a corporate environment. I don’t think we realise just how much resonance this project has with our employees.’ 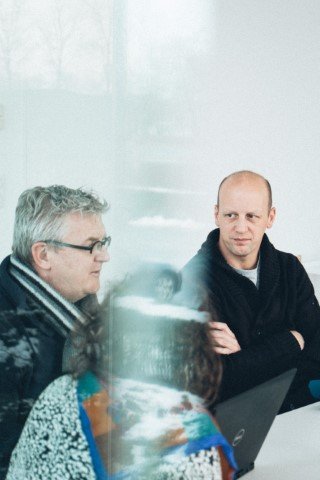 Working with volunteers is working with people. So paying attention to professionalise the work environment can’t be neglected. ‘There’s a lot of people with a burn-out who are referred to MAAKbar,’ Magda Peeters says. ‘Guiding them can take a lot of out of you, you notice that these people sometimes need more than I can offer them. When I receive a notice of absence in the morning of a volunteer with a burn-out, then I have to be able to respond empathetically, but I don’t know if I’ll always be able to do that.’ The right frame and context is indispensable for the longevity of organisations who rely on volunteers.

Conclusion? Volunteers who are enthralled by the circular themes, are invaluable to broaden the reach of circular economy, and to spread the word far and wide. Making use of their personal talents, listening to their expertise and concerns, and placing agency in their hands are key to making this type of organisation successful. To increase your chances for long-term success, smart communication processes and a professional context can make the difference.

Volunteers who are enthralled by the circular themes, are invaluable to broaden the reach of circular economy, and to spread the word far and wide.

Articles in this series